There’s this old song I’ve heard only a few times in my life. It’s one of those little diddys that you hear once and it kind of sticks with you (whether you like it or not). In my case, it’s been a song that even comes to mind from time to time for no good reason at all. 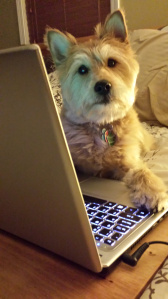 Today it happened while I was playing a hybrid game of peek-a-boo and chase with dear baby Carter. He was hiding in his play tent and I was trying to lure him out to chase me. He’s usually much more into me chasing him than the other way around, but the roles reversed today. And it was fun.

He laughed and I wagged and all was well in our little play world.

As the playtime drew to a close I found myself thinking of that song. Where were we going? It didn’t matter. When will we get there? Neither of us cared. All that we knew is we were having fun.

I find that to be the case sometime as even my forever people and extended family have playtime with my dear toddler. It’s like time stops and no one cares how silly they would look if a stranger saw what was happening. None of that matters in this land of imagination where anything is possible and laughter doesn’t stop.

It’s a world that was missing from my forever home until Carter came into it. One where you can be silly and play make believe and step away from it all. One where it truly doesn’t matter where you’re going or when you’ll get there as long as you’re having fun.

For a snapshot of the the world I speak of, click here.

2 Responses to “All That I Know Is”