Some people call me needy. I prefer loving. Compassionate. Loyal. There’s only one problem: I care what people think. There, I said it. And “needy” doesn’t exactly sound like a positive thing.

Yet I will be the first to admit I am a self-proclaimed doggie Olympic gold medalist at attention-seeking behavior. I cuddle into the tiniest crevice next to (all right, sometimes on top of) whomever will have me. I prefer to be a co-pilot on car rides rather than slum it in the back seat. Above all, I won’t rest until I’ve made someone smile.

Sure, this external locus of control on self-esteem has its downsides. (Complete and utter failure come to mind). But the joy I feel in the moments I’m sharing joy with others more than makes up for that.

I thought of this today as I watched as my forever people bustled around the house. Today dad finally finished his long list of daddy nesting projects around the house. In his eyes, the house is officially ready for our new little person. Meanwhile, something called a car seat travel system got assembled, a diaper bag was put together, and baby clothes were washed and neatly folded away. I felt blessed to be a bystander in these moments. I watched it all unfold from the comfort of my doggie bed in the kitchen. And, in doing so, I became the richest doggie alive.

For 339 days, I have shared my thoughts with the world. My 365-day mission to share my unique perspective on joy (from the ground up) has almost come full circle. And today I realized perhaps one of the most important things I’ve come to know from my experience is myself. The good, the bad, and the ugly. I’ve learned a lot about the way I think, the way I perceive the world around me, and the ways in which my “needy” title is actually a good thing.

“If you want to feel rich, count the gifts you have that money can’t buy.” I don’t actually know who said these words, but I do know how they make me feel. I’ve stumbled upon great fortune during this journey of self discovery. Some people call me needy. I prefer to see myself as an ambassador of great fortune to all who will take it. Joy. From the ground up, that is my gift to give. You tell me whether it’s worth taking.

I heard overheard my grandma on the phone today re-living a moment of my forever mom’s life as a little person that is too good not to share. I’m not sure who she was talking to, but my ears perked up at the mention of my mom’s name and I remained a captive audience through the end of the adorable story. 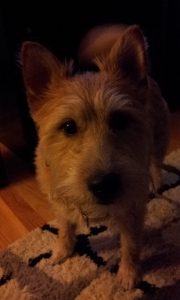 When my mom was a little more than three people years old, she learned she would soon become a big sister. Not knowing much about what that meant, my mom’s biggest fear was that her parents wouldn’t love her as much now that they had to share their love with another little person. She tried her best to mask these feelings, but let’s face it – toddlers aren’t the best at keeping secrets.

But as time went on, her understanding of the word that described her emotions (jealousy) was somehow painted into a much different emotional dimension. My mom heard countless conversations with people who referred to her as if she wasn’t present and actively listening to the conversation. “How is she doing with jealousy?” people asked. “Is she good at sharing?” “Is she getting jealous during all the excitement of planning and preparation?”

Nine months later, when her little sister was born, all concern vanished instantly as she was overcome with emotion. “I’m so jealous,” she said to her baby sister as she stroked her tiny little head with the sincerest look of love in her eyes. The meaning of the word was lost on her three-year-old mind, but she’d heard it so frequently throughout the course of the recent months that she confused it for another word entirely. To her, jealous didn’t mean something negative, but rather was equivalent to joy, happiness and love.

Again, the mind of a little person lights the way to a better, brighter (albeit confused) outlook on life. Optimist or otherwise, t’s no secret to the world that attention is probably one of my favorite things. So much so that I love any and every opportunity to be played with, walked, petted, cuddled with, or any similar activity that provides me the role of being center of attention.

Yet I know in my little doggie heart that someday, if I ever become a big brother to a little person in my forever home, I will be able to abdicate my proverbial attention throne and take on a new role as protector to the newest keeper of wisdom in the house. I know it might be tough at first, just like it was for my mom and her little sister, but I too hope to one day as I look down at the little person and think to myself with nothing by love in my heart how jealous I am.