For me, it’s the grill. Not only does it create some of the most delicious smells ever known to man, but I’ve observed something else about the grill. 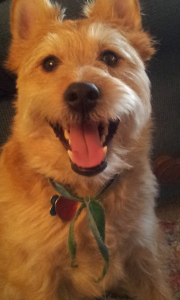 It happens with my people more this time of year than any other. They spend time together outside enjoying all things beautiful and bam! The next thing you know, there is a host of delicious food. Not that food equals happiness. That is not the case by any means.

But that’s okay because it’s not about the food.

“Every heart that has beat strongly and cheerfully has left a hopeful impulse behind it in the world,” suggested Scottish poet Robert Louis Stevenson, “and bettered the tradition of mankind.”

I can hardly change the world with simply my observation of human interaction. So I know my observations about the people and the grill will not be changing anything for the better. But I do know what I learn from such things can help make the world a better place.

Because for me, it’s the grill. It probably sounds ridiculous to some people, but to me it makes perfect sense. It creates the most delicious smells that I see as evidence of hearts beating strongly. It frequently involves impulse as it pertains to what exactly gets grilled in the first place.

And that, like Stevenson said, betters the tradition of mankind.

It’s not my fault. I’m a terrier. I’m programmed to stay alert. Sure, that means I tend to be easily distracted, but I hardly classify myself as having attention-deficit disorder.

It happened again today while dad and mom made dinner. They fired up the grill and made some steaks and lobster tails and asparagus and potatoes. It was quite the feast. All the grilled goodness wafted through the neighborhood air and made my little dog nose drool in hopes that I might receive some scraps after dinner (which I did, of course).

While the food cooked, dad and I played fetch as we usually do when the grill is going in the backyard. The game lasted about the normal amount of time for me – about three retrievals – before I spotted a squirrel in the far corner of the yard. I lost all interest in the game at hand (what game?) to begin pursuit of the squirrel. That too, was short-lived due partially to the squirrels grand escape up a tree and partially to a piece of grilled potato that hit the ground.

I found myself reflecting on all this as my people enjoyed dinner. I can tell it was special because they ate with dim lights and kept saying the word anniversary to each other and telling stories. They also exchanged cards and gifts. Joy. From the ground up, I saw it happen in my forever home tonight.

which followed four years of dating. I might be a bit biased due to my doggie perspective the passage of time, but that is a significant amount of years to me. In that time, they have been true to each other. Loved each other. And they haven’t strayed from their path together. All of this, in spite of the loss of a job. And the sudden loss of a parent a mere two weeks later. It’s yet another kind of love to which I am honored to bear witness, knowing its one of the only love languages I may never fully understand.

Initially I felt a bit left out of this particular celebration of love. There was no gift for me. There was no card. All I got was a bit of playtime in the backyard and a couple scraps of potato (and steak and asparagus). Then it happened. I realized this is my own personal version of ADD rearing its ugly head.

Because they have ultimately given each other the greatest gift of all. They’ve given each other their hearts. They have vowed to stay together, for better, for worse, for richer, for poorer, in sickness or in heath. It’s a concept I may not be able to wrap my doggie mind around, but that doesn’t mean I can’t embrace it with my heart. They love each other until death does them part, and I love them unconditionally in the meantime. Maybe I’m not so distracted after all.

I was reminded of it today while I kept mom company at the grill. I was in a very happy place and lost myself in the moment as I deeply inhaled the fabulous smell of people food cooking on the grill. She was grilling steak, chicken, corn and potatoes, but she wasn’t the only one grilling in our neighborhood. Somewhere nearby I smelled them. Hot dogs.

That’s when it happened. I closed my eyes and I saw him. The man with the leather belt. I flashed back to his idea of an ideal Friday night in. I’ll never forget how he would completely ignore his daughter Jo (my person at the time, and one of my most favorite little people ever). He would make a whole package of hot dogs for dinner and eat the majority of them while drinking a six-pack of beer and watching baseball on the television in the living room. I would keep poor Jo company, since he wanted nothing to do with her during his manly time.

But I kind of love American football. More specifically, I love Green Bay Packers football. Not particularly because I like watching it on the television, but because of everything it involves in my forever family. That’s why mom was grilling all of that delicious food (which you’ll note did not include hot dogs). She was going overboard, as dad says she always does, to prepare for a big night of Packer football. (Which I noted was incredibly unusual since it’s a Friday night rather than a Sunday. But I’m not complaining).

The thing I love most about it is it wasn’t that big a night to be fussing about. It is the first pre-season game. My man Aaron Rodgers only played for one drive for crying out loud. But it didn’t matter. We all got gussied up in our Packer jerseys, I got a couple samples of mom’s steak, and we watched the game together as a family.

I think that’s why I love football so much. It brings the people I love together (plus I get yummy treats). There’s so much joy in our home during those three hours. And, in case you’re curious, we lost. 17-0. It was kind of brutal. But that didn’t scare the joy away.