I wasn’t trying to be funny. It was all just part of my standard outside routine. But tonight it may as well been part of a stand-up comedy act. I assumed play stance to the left. And again to the right. To the front. And to the back. And so on, for about 2 minutes. 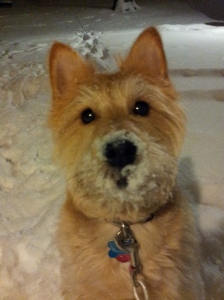 Meanwhile I heard it from the other side of the screen door. A sound that warms my heart. My people were laughing together (rather hysterically I might add) at my antics. There are few things in the world I love more than that sound. I knew at an early age people laughter would be a favorite sound of mine, in situations not that unlike what occurred tonight.

The first time was the night my birth mom and brothers spent in a homeless shelter. It was a frigid Wisconsin winter night (just like it is tonight) and at the mercy of a little girl who saw us shivering outside the window we spent the night in warmth. But that wasn’t the highlight of my night. That happened later when I heard it for the first time. A little person laugh. The little girl was laughing at a movie we watched together that night called “An American Tail.” I didn’t know it at the time, but I would come to view that beautiful sound as my Christmas gift that year.

The same sort of thing happened the following holiday season, which I spent with Jo and the man with the leather belt. All I wanted for Christmas was to see her happy. And she was. It didn’t last long, but it didn’t have to. It was Christmas and she was laughing and that was gift enough for me.

This will be my third Christmas in my forever home, and I know in my heart what I am most looking forward to about it. I can’t wait for Christmas morning when mom and dad traditionally open their presents from each other. (And it’s not because there is inevitably a toy or treat for me under the Christmas tree).

Because they ultimately give each other the best gift of all. Joy. From the ground up, it happens in ways most people wouldn’t even find entertaining. Like my antics in the snow today for example. I didn’t mean for anything to come of that. But as laughter is the embodiment of joy, so the real gifts in life are those we give. Not those we receive.

It’s triggered by the oddest things. A birthday. A walk around the neighborhood. Playing catch in my forever home. Regardless of what triggers it, I sometimes get upset when I think about my birth parents. I don’t understand it when it comes to my dad. I have no memories of him and the ones I do have are of the impact he left on my mom when he left. 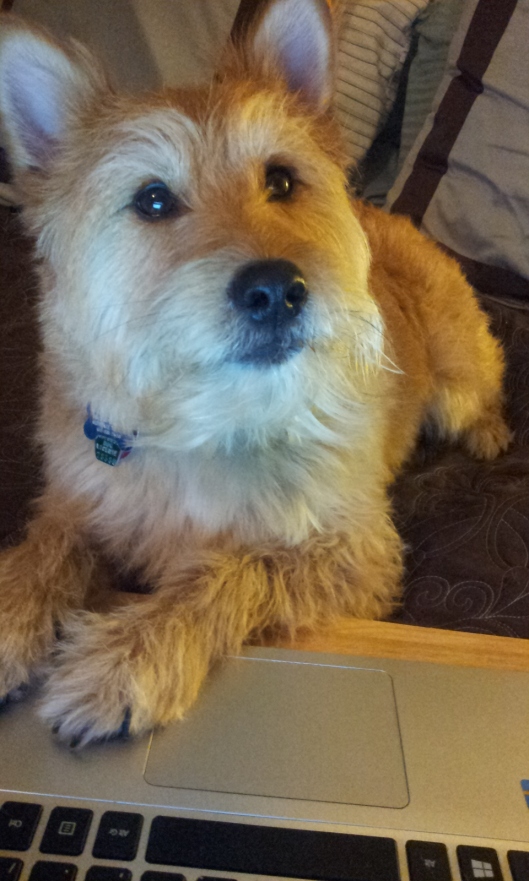 She hated him, then she missed him, then sometimes she would get so angry that my brothers and I would know to stay away because she needed time to cool down. With every emotional turn, I found myself loving her more and hating my dad more in the same breadth. It makes perfect sense why I get upset when I think about my mom. I loved her. She showed my brothers and I how to love unconditionally. She brought home to us just by breathing, and that wasn’t always easy since we moved around so much. Sleep should come easily to puppies, but we struggled a bit as a family to get comfortable in whatever cardboard box or garbage can we found shelter in on a given night.

There was one night in particular when we just couldn’t get comfortable. It was so cold that even all the snuggling in the world wasn’t keeping us warm. Mom decided to take matters into her own paws that night. She marched our shivering little family up to a window of a nearby homeless shelter and there we sat. I remember being so irritated because it was colder sitting there than it was when we were all cuddled together. We sat and waited until finally a little girl tugged at someone’s shirt to get their attention. They welcomed us into the shelter that night, even though it’s not normally allowed.

Together with the little girl we watched the first thing I’d ever seen on the moving picture window I later learned was called a television. “An American Tail” tells the story of Fievel the Mouse that is not unlike my own. Like me, Fievel had a family that seemed destined for better times before they were separated. Like me, Fievel befriended his fair share of unique characters on his journey to self-reliance. And like me, Fievel never stopped thinking about his family.

“Somewhere out there someone’s saying a prayer that we’ll find one another in that big somewhere out there,” he sings. “And even though I know how very far apart we are it helps to think we might be wishing on the same bright star. And when the night wind starts to sing a lonesome lullaby it helps to think we’re sleeping underneath the same big sky.”

I didn’t know it at the time, but it wasn’t that long after our night in the shelter that my family would get separated just like Fievel’s did. That night might have been one in a million, but that bedtime story stays with me always. And we went from shivering outside to sleeping in the company of a beautiful little girl who agreed to share her bed with my family that night. We all slept better than we had in weeks.

Regardless of what triggers my thoughts of my birth mom, I know I only get upset because I miss her so. Ever since my fateful first night without her, I have found solace in Fievel’s song and whenever I miss her I find myself thinking to myself “somewhere out there if love can see us through, then we’ll be together somewhere out there, out where dreams come true.”