It’s been a long time coming. Yet it seemed to pass with the blink of an eye. Today was mom’s last day at that place called work. And I thought she’d be excited. Instead I was met with mixed emotions upon her return home. It wasn’t until later that I understood why. 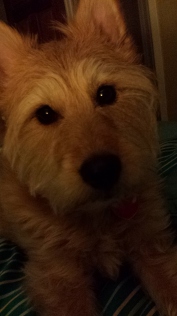 It had been a busy day around here, with my grandma and aunt Morgan spending time with baby Carter and I. There was an incident involving a teeny tiny cut that happened when Morgan was cutting Carter’s itsy bitsy nails. He cried. Grandma and Morgan cried. If I could, I would have cried. It was tough on everyone because we all know no one would intentionally hurt our dear little person. Yet he was hurt today.

I thought it was oddly poetic that mom seemed a little hurt too. She invested a tremendous amount of herself in that place, but even more so in the people it included. They became her work family. They came to her with troubles and she never once turned them away. As they took other opportunities in and outside the organization, she celebrated their success. She worked almost as hard to foster relationships as she did at her job itself.

So today, when she left the office for the last time with her box of office keepsakes, she did so with a heavy heart. Because she quite honestly didn’t feel very loved. Her work family let her go with very little fanfare. It was all too soon forgotten how she cared for them in time of need. And as she is taking an opportunity outside the organization, very few peopled celebrated her success.

But that’s the thing about give and take. It doesn’t always turn out like we plan. Just like no one would intentionally hurt dear baby Carter, I believe no one meant to hurt mom today. And I think deep down she knows that too. Or at least she does a pretty good job of pretending.

Because it has indeed been a long time coming. And it has passed in the blink of an eye. It doesn’t matter that mom didn’t take much fanfare home with her today. She gave 110%. That’s what really matters anyway.