It’s been a good run. My dear forever dad has been home from that place called work for what feels like ages. He gets a break each year when his work shuts down during the holidays. Though the time off is nothing new for us, something about this time seemed special somehow. 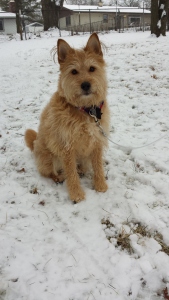 I couldn’t really say why until today. It was kind of a mystery to me why this felt so different this time. We celebrated the holidays (mostly) as we always do. There was love and joy with family and friends. There were a few days when they left to go somewhere exciting where dogs weren’t allowed. I was fine with that because of all of the positive energy I felt from them upon their return. (That, and they were never gone too long on account of dear baby Carter’s napping schedule). And there was an unconventional New Year’s that was more about Carter’s first birthday than anything else. All of it was special in its own rite, but that’s not that unusual in itself around here.

So today when mom said it, a light bulb illuminated my heart. This is the longest stretch of time dad has been home with Carter since he was born. And that didn’t go unnoticed by him or Carter, believe me. In the last week and a half, Carter has perfected his pronunciation of “dada,” favors him for many parts of his daily routine, and chases after him all over the house.

As I’ve watched this all unfold, I thought it might start to bother my dear forever mom. As his primary caregiver, I thought maybe she’d be jealous of this behavior. But that couldn’t be farther from the truth. I knew it as her and dad reflected on the events of the last few weeks. From Carter’s birthday party to the family time in the snow yesterday to the time they spent together doing nothing at home today as another snow storm made its way through our area, it’s been a pretty great stretch.

That all ends tomorrow when everything goes back to reality. Work. From the ground up, it’s not one of my favorite things. But as tonight makes its way into tomorrow, I figure it’s better to embrace everything that has made this last couple of weeks so memorable. Because that is exactly why these kinds of breaks are important. Not only do they have the power to make reality a lot more bearable, but they remind us of what’s important in life. It’s all too easy to get caught up in the rat race and forget what it’s all about.

As British thinker John Lubbock once said “rest is not idleness, and to lie sometimes on the grass under trees on a summer’s day, listening to the murmur of the water, or watching the clouds float across the sky, is by no means a waste of time.”

In our case it was pausing to make snow angels as beautiful snowflakes painted the sky, but it’s all the same to me.

It’s not always easy. It’s a choice I make when I wake up every morning and a thought I affirm before I fall asleep each night. Yet after a certain amount of time has passed, it has become second nature. A habit of happiness, I call it.

One of the hurdles I find myself frequenting is similar to one my forever family also battles with pretty regularly. Anticipation. It’s a double-edged sword. In some cases, it brings as much (if not more) joy as whatever is being looked forward to. And that’s okay. 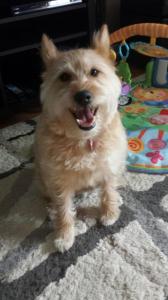 Though sometimes I wonder if we aren’t anticipating our lives away. I, for example, found myself longing for it to be the weekend. Already. It’s only Tuesday, which means there are three full days before the weekend officially arrives. Three full days I’ve just wished away.

It reminds me a bit of something I’ve heard mom say a few times since dear baby Carter was born. “It’s the best of times and the worst of times,” she’ll say, borrowing the words from English author Charles Dickens. Like her, I believe it can indeed be both kinds of time simultaneously. I think it often happens for growing middle class families around here. While I am all for embracing the good with the bad, there is a sense of melancholy about the words I can’t get behind.

It’s the same kind of melancholy I felt today when I realized my longing for the weekend was akin to wishing three days away. Three days to breathe. Three days to be blessed enough to wake up and start the day. Three days to love, live and find joy in the little every day things around me.

Just because it is second nature to me doesn’t mean it’s always easy. I too have my struggles on my daily quest to find the good in the people, places and things that make up my life. But there is a constant that has a way of bringing things back into focus.

Time. From the ground up, it has a way of reminding me to press pause sometimes and think. About life and what it means to be alive. About how valuable time really is. About joy and how it lives in us. And today, about how somehow the best and worst of times can exist simultaneously and somehow manage to make us better. Stronger. Happier.